The evolution of sexual dimorphism

Despite sharing the majority of their genome, males and females of the same species often show a wealth of phenotypic differences, affecting morphology, physiology, behavior and life history, among other traits. I am broadly interested in how sex-specific evolutionary pressures shape distinct male and female phenotypes. In some species, the two sexes differ by their sex chromosomes, and sex-limited (Y or W) genes partly explain the observed sexual dimorphism. To a large extent, however, sex differences are encoded by genes that are shared between males and females but that are expressed differently in the two sexes (sex-biased genes). In my research, I integrate genomic and transcriptomic data to explore the evolution of sex chromosomes and of sex-biased gene expression and their role in sexual dimorphism. 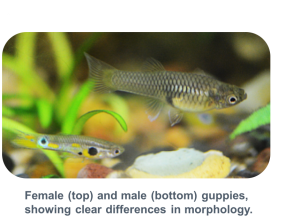